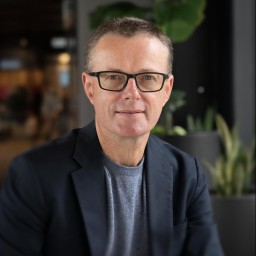 Are you trying to start your own business? Or make money online?

As an entrepreneur, sometimes it’s hard to know where to turn for practical, real-world advice.

One thing that helps is to look at entrepreneurs who are already successful and analyze what they’re doing right. And I don’t mean the ones on Instagram telling you how much money they’re making.

Luckily for me, one incredibly successful entrepreneur I know is also a close friend from high school, Mike Harris. We traveled to Japan together in the ’90s to work on a ski field, as the famous “bubble economy” was ending. At the end of our 3-month stint, I went home for my final year at university, but Mike stayed on looking for adventure and fortune.

Incredibly, he saw the potential for adventure tourism at a time when Japan didn’t care much for the idea of outdoor adventure. Mike started a white water rafting business in a small town called Minakami, just north of Tokyo.

It wasn’t an obvious choice to make nor an easy one.

Having graduated with an accounting degree, he could have worked at a company in one of Japan’s teeming cities, where salaries were still really high. But Mike was passionate about the outdoors and had committed to not wearing a suit again for the rest of his life.

Today, Mike is hugely successful by any entrepreneurial standards. His business generates more income than he could earn with a full-time salary, and it runs even when he is not there.

Here are three lessons from Mike’s success for anyone building a business, online or offline.

1. Choose something you’re passionate about

After a couple of years of testing the waters, Mike started operations as a sole proprietor in 1998; at the time of writing, he has been running his company for 23 years. That should give any new entrepreneur pause for thought.

The social ads we always see promoting riches in weeks or months? The reality is that a business is a commitment that might span half a lifetime.

Many entrepreneurs start a venture hoping to become wealthy in months, only to find themselves stuck doing something they don’t love doing.

Stop now and imagine yourself doing the same thing you are doing now in 20 years. Whatever it is, make sure you have some passion for it.

2. Build the ecosystem — not only your own business

The growth of white-water rafting in Japan wasn’t smooth.

At the outset, the locals were horrified by the unusual sight of colorful inflated boats full of delighted, screaming Japanese customers floating down their river. They objected at every turn. Delegations would visit and solemnly tell Mike it had to stop.

Mike responded by helping those local businesses set up and improve their accounting systems. Then their websites, just as the Internet and online booking were starting in Japan. He taught himself to build websites with Dreamweaver in Japanese and selflessly devoted hours to help lodges and other tourism businesses develop their online presence.

When other small companies copied Mike’s business model and even photocopied his price lists to use as their own, Mike selflessly helped those businesses comply with safety standards. He pioneered an association so that everyone would be safer on the river.

As counterintuitive as his actions might seem, Minakami became a destination in Japan for tourists. Twenty-five million people live in the Greater Tokyo plains, and Mike knew that if Minakami grew in popularity, he would also benefit. Sure enough, within a few years, he enjoyed the rewards himself as his company grew too.

3. Create an idea that is bigger than just you

In the beginning, white water rafting was almost unheard of in Japan. But Mike could see that outdoor activities in beautiful nature are the perfect antidote to the infamous Japanese working lifestyle.

In his native New Zealand, adventure tourism was well established, with famous exports like AJ Hackett Bungy Jump. Mike wanted to do more than starting a company and charge people money. His vision is

“to grow the most professional outdoors company in Japan”.

After some years, white rafting became wildly popular and featured on national television. Mike added canyoning and backcountry skiing in the winter.

In the early stages, a busy day would mean 50 or 60 customers. Now more than 30,000 customers come through his business each year. Many of them come back again and again inspired to try new difficulty levels and to pass certifications.

Make your own start-up successful with the right approach

Without being driven by money or focusing on profit, Mike has grown a phenomenally successful business that provides independence, returns for stakeholders, and supports many employees. He has changed the face of a small town in Japan. In the process, he helped bring adventure tourism to a country that considered suited “economic warriors” as examples of success and “play” as something for children.

As a bonus, Mike has traveled to far-flung places like Nepal, Canada, Taiwan, and Austria to train in rafting, skiing, and canyoning. His business has consistently enabled him to tick off his bucket list.

Anyone starting in business or trying to grow their online revenue streams can apply any of these lessons from Mike’s success story.

To learn more about Mike’s company, Canyons Japan, follow him on Instagram or check out the footage of his fantastic descent down Malishan canyons in Taiwan.

HOW TO START AN ONLINE BUSINESS

Independent Wealth: How to Start a Business in 5 Steps. A step by step guide for online entrepreneurs, going beyond the side hustle with a blueprint for a business that generates passive income doing what you love.